54-40’s THREE shows at Commodore Ballroom have been rescheduled to January 6, 7 and 8, 2022. Your ticket will be honoured accordingly. If you cannot make the new date or prefer a refund, you should have received an email with your refund options. If you did not receive an email, please contact your point of purchase. For more information please visit: livenation.com/refund.

By: David McPherson
Forty years since forming in Vancouver’s suburbs, 54-40 remains one of Canada’s most beloved rock bands. Their collective body of songs resonate with new generations and offer nostalgia for those who have followed them on their journey. Maybe none more than the 12 tracks that comprise their self-titled U.S. label debut. Known to fans as The Green Album because the album artwork consists mostly of green fill, this seminal record was released 35 years ago. After releasing a pair of records (the six-song EP Selection and Set the Fire) independently on Mo-Da-Mu, a leftist indie label started by Allen Moy of punk rock band Popular Front, the “music industry” finally took notice after seeing their frenetic live show and hearing demos for what became The Green Album. Major labels competed to sign 54-40, wining and dining the band.

“I remember saying I want someone else to release our record now,” says bassist Brad Merritt. “At that point, we had been doing it independently for nearly five years.”

Fellow 54-40 founder and high-school chum Neil Osborne recalls getting validation from a few stateside amigos first. This felt like a harbinger of the big break to come. “We had these friends –– Brad, Toni, and Rachel from San Francisco –– who came to visit us and we played them the demos,” recalls the band’s lead singer and guitarist. “Toni said, ‘This is really good!’ We were feeling like, maybe, if someone from San Francisco thinks this is good, it is! We had just started to play those tracks live and were getting a lot of gigs on the West Coast of the U.S.A. I remember having a meeting with Brad in my parents’ living room. We didn’t have any money left. We needed to find money or borrow some to make our next record … we were at the end of our tether, again, and then, badabing badaboom.”

In the fall of 1985, 54-40, who, during this period, besides Osborne and Merritt included: Phil Comparelli on guitars, vocals, and trumpet and drummer Matt Johnson, did a showcase at Club Lingerie — a popular spot in Hollywood, California on the Sunset Boulevard strip. All the record companies’ A&R reps were there (except Warner/Reprise because they couldn’t get in; ironically, they were the ones that ended up signing the band). Other U.S. showcase shows followed in Portland and Seattle. “We lived for a while on record company dinners,” laughs Merritt. In March 1986, Warner/Reprise Records signed the band to a multi-album deal. Neil flew to L.A. where Dave Jerden (Talking Heads, Frank Zappa, Jane’s addiction) remixed the record and that July, 54-40’s self-titled major label debut was released throughout North America.

The SOCAN Classic song, I Go Blind, by the popular alt-rock group 54-40, enjoyed success twice: the first time as recorded and released by the band in 1986, and the second time a decade later when a cover by Hootie & The Blowfish unexpectedly became a Billboard Top 5 hit.  The Canadian Songwriters Hall of Fame (CSHF) will induct the song into its permanent and interactive exhibition at the National Music Centre in Calgary, following a live virtual presentation joined by lead singer Neil Osborne, airing on Breakfast Television, Thursday, April 1.

“Although the song’s meaning has taken on different significance for each generation, its anti-apathy message and challenge to seek truth and purpose continues to resonate in 2021,” said Vanessa Thomas, CSHF Executive Director.  “I Go Blind was embraced by Canadians when it was released in 1986, but the global popularity that Hootie & The Blowfish gave to the song helped to shine a deserving spotlight on its lyrics and great song writing.”

I Go Blind, written by 54-40 members Neil Osborne, Philip Comparelli, Brad Merritt, and Darryl Neudorf, continues to enjoy success, with a delightful rootsy re-do appearing on 54.40’s 2016 unplugged album “La Difference.” As Osborne told a Vancouver website, “It’s a great feeling when you can present a song in a different light and it still translates.”

However, success didn’t come right out the gate.  Formed in 1981 in Vancouver, the band often recorded songs in the middle of the night since they all had day jobs.  Following the single’s release of their 1986 self-titled independent album, 54-40 was signed by Warner/Reprise Records, but the label disappointingly chose to distribute I Go Blind in Canada only.  Undeterred, 54.40 forged on with other projects, steadily increasing their fan base and album sales over the ensuing decade.

Then, I Go Blind took a new lease on life when in 1994 Hootie & The Blowfish recorded a faithful cover as the B side to the single Hold My Hand. After this version was featured on the hit television sitcom “Friends” and the show’s soundtrack album, it skyrocketed to the top of the charts.

“When the Hootie version of I Go Blind came out it was a bit of vindication for us,” Brad Merritt proudly explains.  “Here’s a song that the label was not going to release in the U.S., but radio started playing it on their own.  Without any kind of radio promotion, it got to No. 2 in the country with zero push. That tells you something. That’s a really strong song.”

I Go Blind is essentially folk-roots with an edge; Neil Osborne describes its riffs and unconventional structure as an “organic mash-up.” There’s a hypnotic feel in the insistent guitar riff and the repetition of the words “I go blind.”   The meaning of its lyrics is revealed in the song’s music video that contains images of war and Third World poverty; and that seeing and hearing these issues in news reports hourly, can drive us to the point that we become blind to its significance.

The song that 54-40’s label had deemed unworthy of support was by February 1997 charting on not just one but several Billboard charts. It peaked at No. 2 Adult Top 40 and hit No. 13 (Hot 100), No. 17 (Mainstream Top 40 Airplay) and No. 22 (Adult Contemporary), and reached No. 13 on Canada’s RPM chart. The royalties enabled 54-40 to build their own Vancouver recording studio. It also appeared on Hootie & The Blowfish’s “Scattered, Smothered and Covered” album in 2000.

Formed in 1981 in Vancouver, 54-40 has had a string of gold and platinum albums, a B.C. Entertainment Hall of Fame Star, and has been inducted into the Canadian Music Industry Hall of Fame. The band has won two West Coast Music Awards and several JUNO nominations.

We are thrilled to be back in action. This is the longest period of downtime from performing  live music since the start of the band. This Friday, Sept 18th, we will be performing at the new El Mocambo  in Toronto. There are a very limited amount of tickets available to physically attend  the show.  You can purchase access to stream the event in HD or 4K definition  from the El Mocambo  streaming partner  nugs.tv 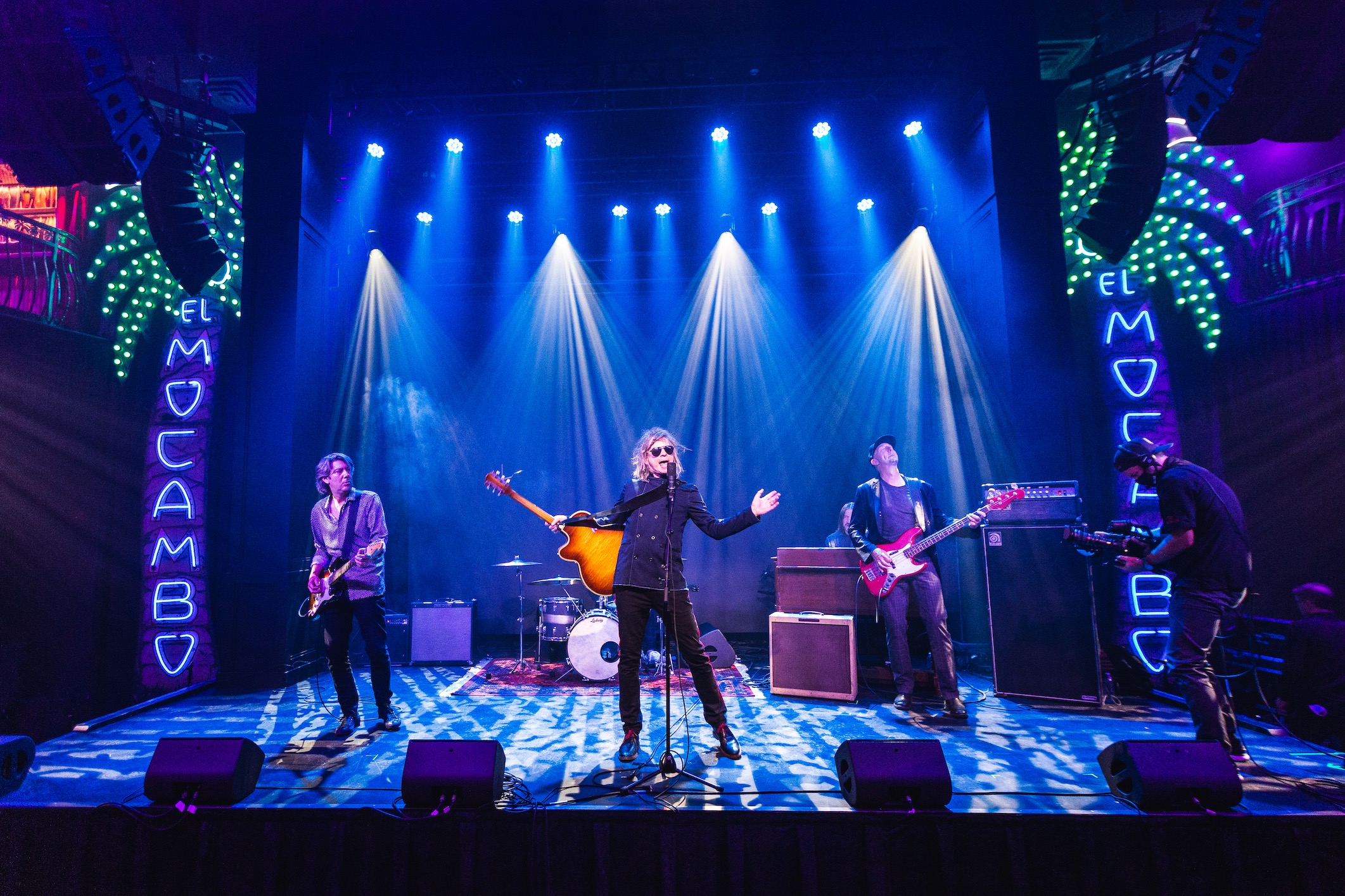 We happy to announce our new relationship with Rock Paper Merch.  We have brought back the “Dear Dear”  logo on a few new items as will as tried and true classics. Just in time for fall “covid times” fashion.  Visit our page at Rock Paper Merch here. 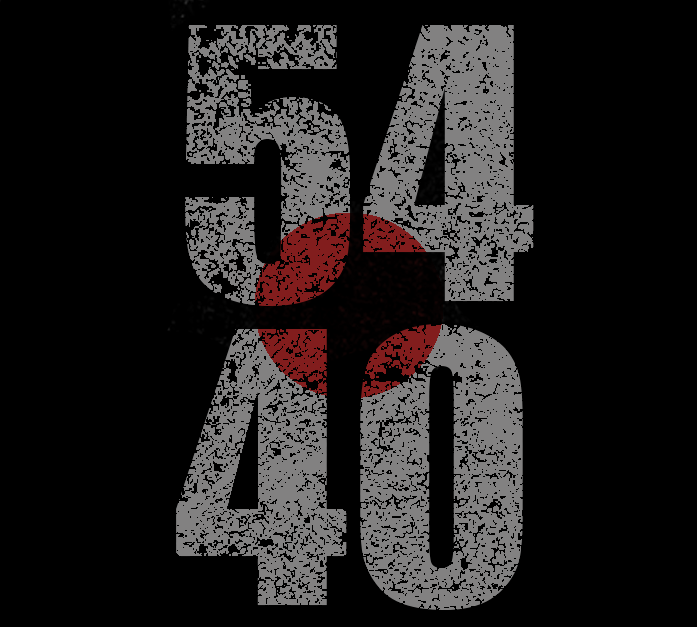 West Coast rock band 54-40 are pleased to announce the safe return of their most cherished guitars.

The New Westminster Police has located five of the vintage guitars belonging to the band 54-40 after executing a search warrant in Surrey, BC.

On Friday October 5th 2018 the New Westminster Police received a report of a theft from a U-Haul that was parked in a lot in the 300 block of McBride Blvd. Items taken included seven vintage guitars belonging to the Canadian band 54-40, and were valued at approximately $50,000.

On Sunday October 7th 2018, NWPD investigators executed a search warrant and located five of the seven stolen guitars, along with other electronic equipment.

“The investigation is on-going, and NWPD officers continue to work toward identifying and arresting a suspect,” stated media relations officer Sergeant Jeff Scott. “This was a significant theft and we are hopeful that we will be able to recover the other two guitars. We will continue to follow-up with any leads as they come in.”

“The five guitars recovered are the most unique of the seven taken. We are grateful for their return and for the efforts of so many people. The community really came together on this. The word got out fast and the heat was on,” 54-40 Manager Allen Moy stated.

54-40 want to thank their fans, friends, the news media, and concerned people for their overwhelming response and assistance. The band would also like to thank the New Westminster Police department for their excellent detective work.

Type “54-40” in Google; you’ll likely get “14” before the numerous achievements of one of the city’s most famous — and long-lived — bands.

But 54-40’s release Keep on Walking next month also happens to be the quartet’s fourteenth full album.

Launched in an East Vancouver bar in 1981, they boast three platinum-selling albums – Dear Dear, Smilin’ Buddha Cabaret, and Trusted By Millions – and one Canadian gold-selling album, Since When.

END_OF_DOCUMENT_TOKEN_TO_BE_REPLACED

Michael Wekerle and El Mocambo Entertainment Inc. are proud to announce the signing of iconic Canadian alt-rockers 54•40 to their new artist and label services arm, El Mocambo Records. The signing includes the release of 54•40’s new single, “Keep on Walking,” and coincides with the band’s induction into the Halls of Fame of both the Independent Music Awards (The Indies) and the Canadian Music and Broadcast Industry Awards. END_OF_DOCUMENT_TOKEN_TO_BE_REPLACED

END_OF_DOCUMENT_TOKEN_TO_BE_REPLACED

54-40's THREE shows at Commodore Ballroom have been rescheduled to March 17, 18 and 19, 2022.Your ticket will be honoured accordingly. If you cannot make the new date or prefer a refund, you should have received an email with your refund options.If you did not receive an email, please contact your point of purchase.For more information please visit: livenation.com/refund. ... See MoreSee Less