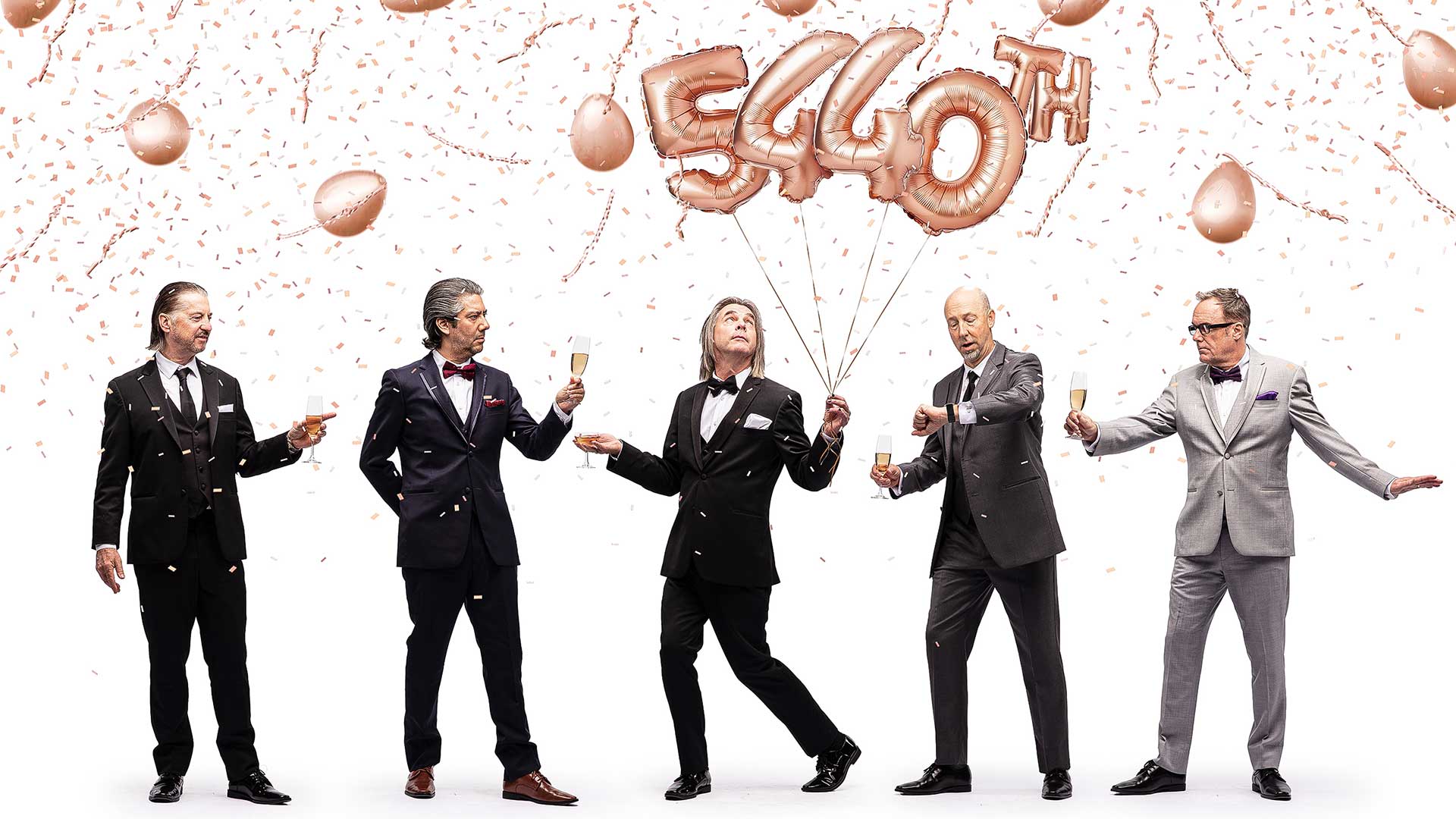 To kick off the New Year and celebrate the 40th Anniversary of the band, we are launching the first single and video for Embassy Supreme from our tbd forthcoming album of the same name.

It was New Years Eve 1980, when the band hit the stage for their debut performance at the legendary Smilin’ Buddha Cabaret in Vancouver, BC. Within the year, 54•40 was releasing their first recording. Much has changed over 40 years but the band’s ability to write, record and perform has been consistent from day one. In 2021, 54•40 plan on celebrating by releasing new songs and keeping the party going. The first track out is Embassy Supreme, which is entirely a self-referencing aural ad campaign for 54•40 inspired by an astonishing discovery about numbers. During one particular contemplative tour, the always curious and inquisitive 54•40 bassist and co-founder Brad (wdyftg) Merritt discovered that the serial number of a popular brand of hotel toilet paper was 5440. That brand was Embassy Supreme.

Embassy Supreme by 54•40 provides premium quality, a kind quilted embossed texture making it one of the softest, strongest and most absorbent options available.

Individually wrapped, with an upscale melodic core making this the perfect choice for discerning users for home or away use.