The Canadian Music and Broadcast Industry Awards is being hosted by Jessi Cruickshank and will honour the best and brightest in Canadian music and broadcasting. Previously announced inductees this year to the Canadian Music Industry Hall of Fame include Jann Arden and Arthur Fogel.

The Jim Beam Indies are taking place in cooperation with radio station Indie88 and will be hosted by the station’s Matt Hart and Josie Dye. The Indies will celebrate the best Canadian and international independent music. Along with the performance by 54•40, Hollerado, The Wooden Sky, Repartee (nominated for Pop Artist/Group Of The Year), The Nursery (winners of the Jim Beam Make History Talent Search), and Dan Mangan (recipient of the Make History Award) will also perform. 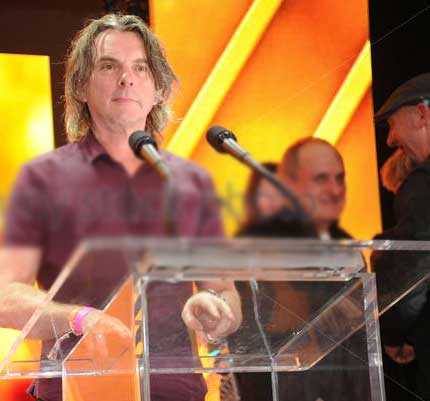 54•40’s latest release was last year’s La Difference: A History Unplugged produced by Dave ‘Rave’ Ogilvie>. The album is an intimate and unplugged reimagining of their greatest hits. The band is currently finishing their forthcoming 2017 release Keep On Walking.

54•40 is currently preparing for their 2017 release entitled Keep On Walking.

54•40 And EL Mocambo Records Teaming Up!
Scroll to top